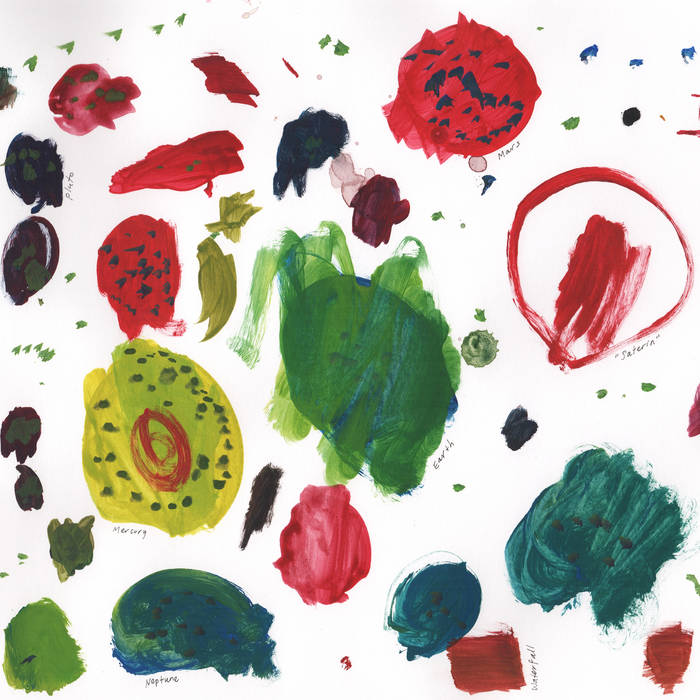 Recorded not *not* 'live' at the North Buick Lounge (NoBuLu) sometime during the Fall of 2020 for an imaginary audience at some future broadcast date in the midst of a pandemic and a hellscape of cancelled gigs and shuttered venues. This set was recorded for the Winter Warmer Series, a noble, nay heroic, effort produced by a band of go-getters determined to preserve some semblance of normalcy for fans and musicians based in the Seacoast area of New Hampshire and Southern Maine. We are indebted to that team - Amanda Kowalski, Nick Phaneuf, Mike Effenberger, Greg Glasson, and Chris Chase of the Noise Floor. This set was originally broadcast Late-Winter/Early-Spring 2021 during the Winter Warmer video streaming series.

Some words about these pieces

Inner Mountains was heavily influenced by Charles Mingus' Meditation on Integration (or On A Pair of Wire Cutters), as well as Nino Rota's film scores, especially Federico Fellini's 8+1/2 - both of these sources of influence were introduced into my life by the great Jazz Tap Guru and mentor Brenda Bufalino. This was originally written for an RPM Challenge (Record Per Month, record a full album during the month of February) project with a different group sometime in the mid 20-teens. It’s inspired by the schools of thought that there’s nothing *out there,* that anything that exists in reality is *in here,* in our own minds. Any apparent challenge you encounter is nothing more than an outer projection of some unresolved internal situation. There are peaks and valleys. Try to enjoy the view along the way. And while I don't personally adhere to this 'point of view,' basically totally the opposite, I find it interesting to think about, and also to observe the tension between various points of view of how to answer the question - what is *real*?

Cloud Music is from the suite of tunes from The Adventures of Oliver Z. Wanderkook, Sojoy's 2nd full release in 2017. In this scene, the explorer Wanderkook happens upon a tribe of cloud dwellers - Cloud Tribe! - changing form at will and generally having a ball. The tune is influenced by the Brazilian composer Hermeto Pascoal, and the Saudades do Brasil for solo piano by the composer Darius Milhaud. Pascoal is known for his breathlessly endless melodic lines, and the Milhaud pieces often have the two hands in two different keys playing a displaced or mismatched harmonic progression from each other - all of which is dance-like and explore the rich harmonic and rhythmic culture of Brazilian music. The Adventures of Oliver Z. Wanderkook was also born out of an RPM Challenge (mentioned above) project in the year Two Thousand and Eight.

The Social Distance Blues is a Vaudeville in one act, a slap stick romance. The two characters approach each other, and then shy away, keeping their distance, hiding and seeking. They long, nay ache, for intimacy, but are also terrified that the other might inadvertently murder them with tiny spike proteins. What a conundrum!

Orion (Draw Tight Your Bowstrings) comes from a suite a music from the Ambistellar project (see our main page for several Ambistellar-themed albums), music inspired by 10 of the 88 constellations. Orion reminded me of some of the Orishas from Afro-Cuban folklore, namely Chango/Shango. Orion is a powerful figure, and looms large in the Winter sky. The tune explores his former glory, and hints at his present loneliness. It's also essentially a blues, in the vein of Horace Silver, in that while it is a 12-bar form, and somehow does what a basic blues does - play a 4-bar theme 3 times - it also avoids going to the IV chord or the V chord in the typical way, it does something altogether altered instead. And this is a tune that doesn't go back to the 'head' in a traditional sense. We hear the themes of the 'head' melody floating out-of-time above and around Mike's Fender Rhodes solo near the end, as if remnants from some ancient echo.

L’Autunno al Contrario (Autumn in Reverse) is a fun one. It was recorded during the same session, but was cut from the Winter Warmer broadcast for time. It is based on the 2nd movement of A. Vivaldi’s Autumn Symphony from his Four Seasons. This is the recording of my arrangement of that movement, in reverse from end to beginning. This particular movement is pretty hip on its own - not much in the way of melody, and some really interesting harmonic motion, lots of room to improvise. On a whim I wondered what it would sound like to hear what we had created played backward, and I was struck by how well it seemed to work harmonically in reverse, and loved all of the unintended consequences of the sonic reversal. One of those unintended consequences - in its reversal, the track now begins with the same note that ends Orion, so it has a feeling like re-entering a dream after briefly stirring awake.

Ursa Minor (We Can Watch the Universe Unravel) also comes from the Ambistellar project. I think if I were to select one piece from that project to represent the whole, it would be this theme. It’s full of hope, searching, a little playful, and a little serious. Since the release of Ambistellar I’ve added to the A section of the melody, allowing it to travel more places harmonically. Also the extended solo section - a series of slow and subtly shifting harmonic clusters under Barry's tenor solo - is from the original composition, which was removed from the version that made it on the Ambistellar disc.

Some words about this group

For many years, since its founding in 2014, Sojoy remained a septet of 5 horns, bass, and drums, no keys. Starting around 2019, it has been fun to experiment with the music written for that group with different iterations - with just organ, trumpet, and drums, and in this quintet iteration with Fender Rhodes. Each iteration offers a different view of these tunes, keeping them fresh (at least that is the hope). Zach Lange and Scott Kiefner, along with Jonny Peiffer, are OG members of the group. Zach has left the area for New Orleans, so it makes these times even more of a treasure. Barry Saunders has become more and more of a regular over the years and is great - can play anything, is the nicest, and can knock you off your seat with laughter. And Mike Effenberger continues to astonish with what he is able to imagine, conjure, and then synthesize into sound at a moment's notice - true wizardry at the keyboard.

A note about the audio quality of this record

You will hear some equipment failure from time to time. Most of the time it sounds as it should. There are a few moments that sound like a radio station not fully coming in. It's the kind of thing that makes me surprised that more things don't go wrong on a regular basis, based on how much I rely on instruments and gadgets I don't understand and likely never will, and how much actually goes right, when the feeling and spirit is present, as I think it was here. I'm sorry for the interruptions, but I'm grateful for what was left.

Thank you for listening and supporting original music.

All compositions by Jonny Peiffer, except 'L'Autunno al Contrario' based on the 2nd movement of the Autumn Symphony of the Four Seasons by A. Vivaldi, arranged by Peiffer

Recorded and mixed by Mike Effenberger at NoBuLu, and environs
Mastered by the Noise Floor

Special thanks to Amanda Kowalski for capturing and editing video for this set, which you can't see here because it is an audio platform, but if you search the SojoyMusic or Jonny Peiffer socials perhaps you can find them posted there, eventually.

And also special thanks to Mike Effenberger, who singlehandedly placed mics, got levels, played his arse off, and mixed everything for this record.